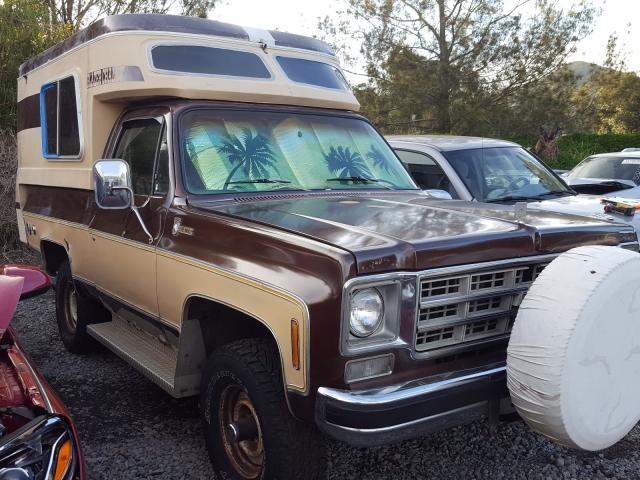 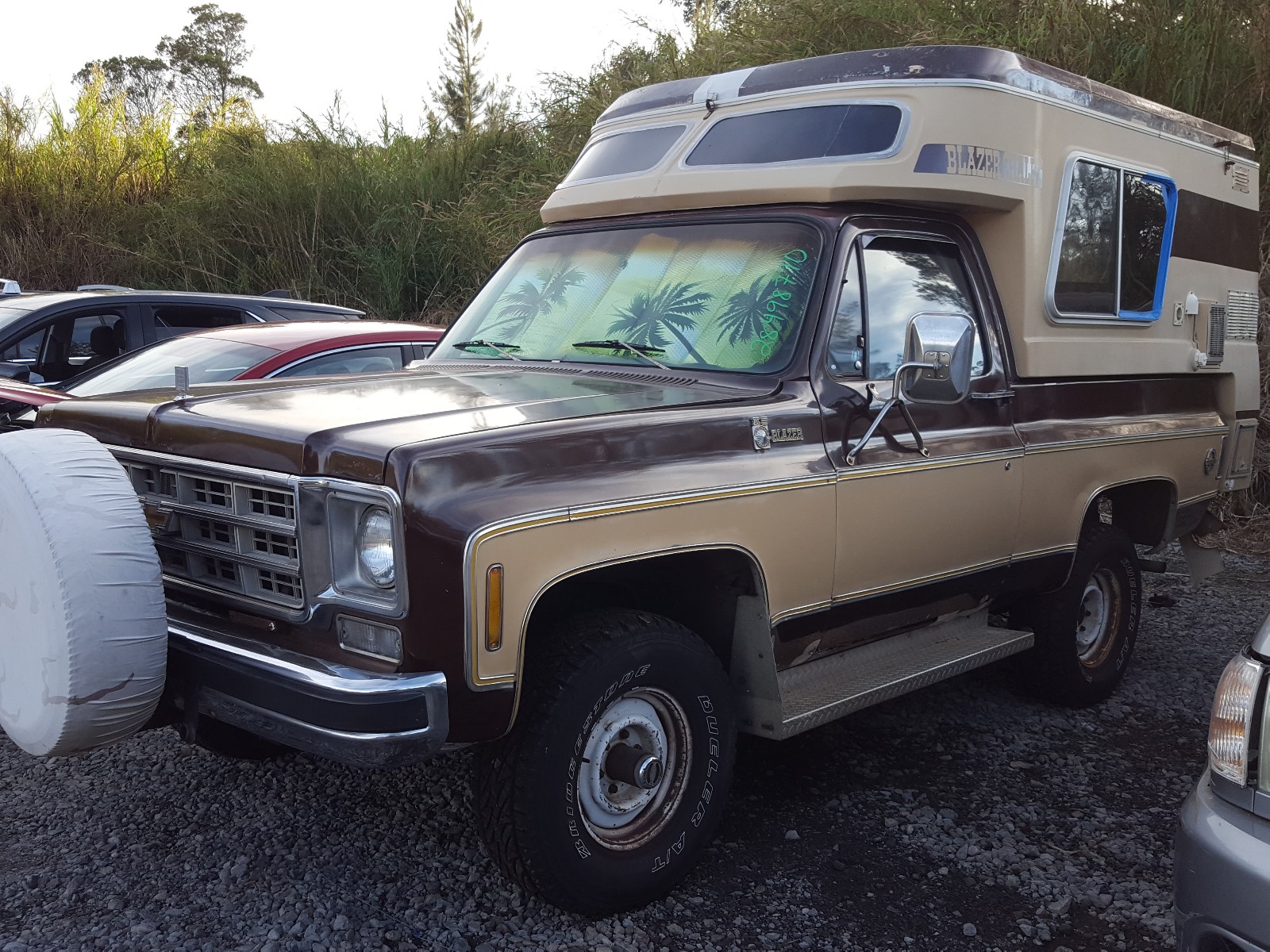 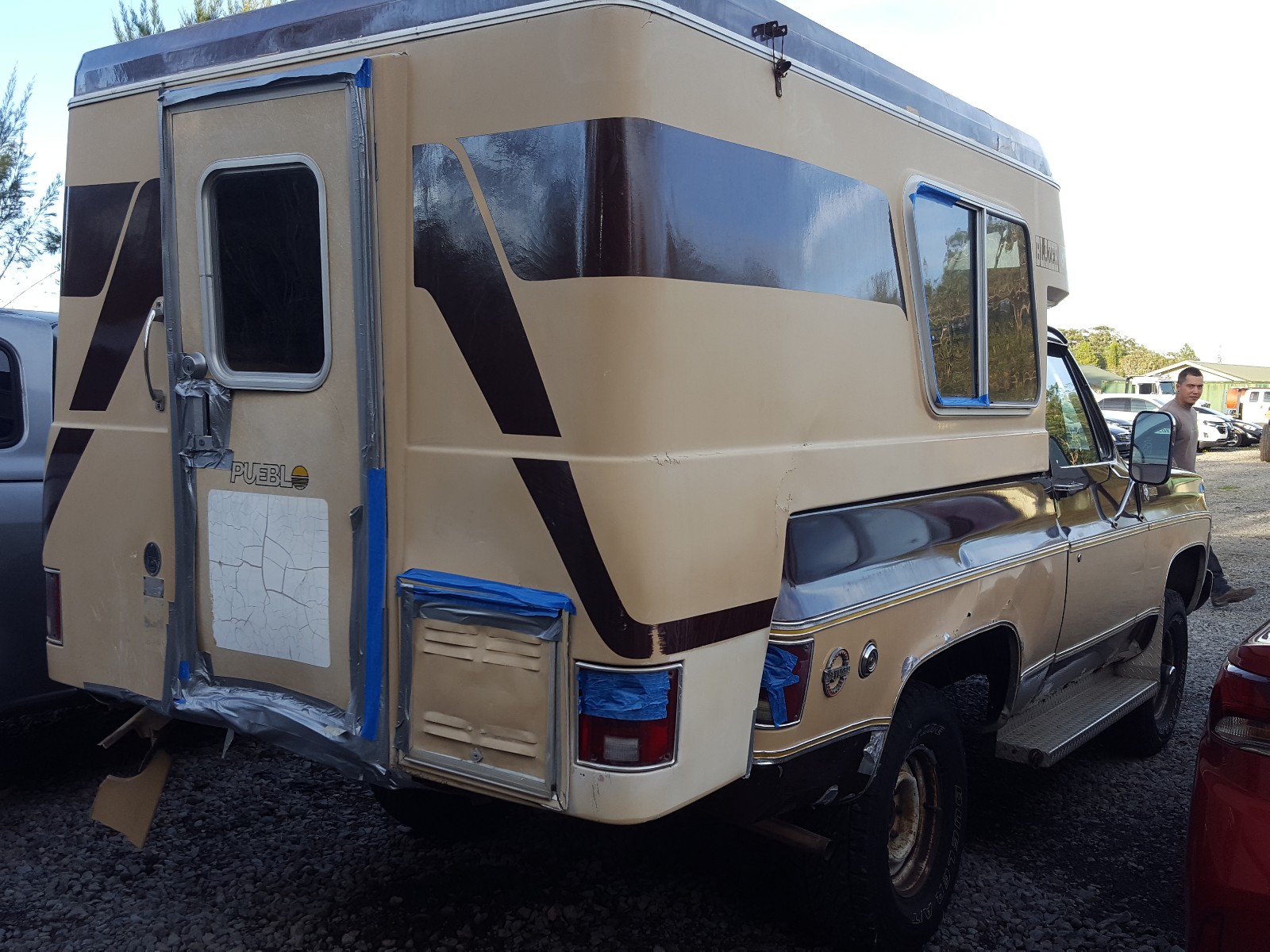 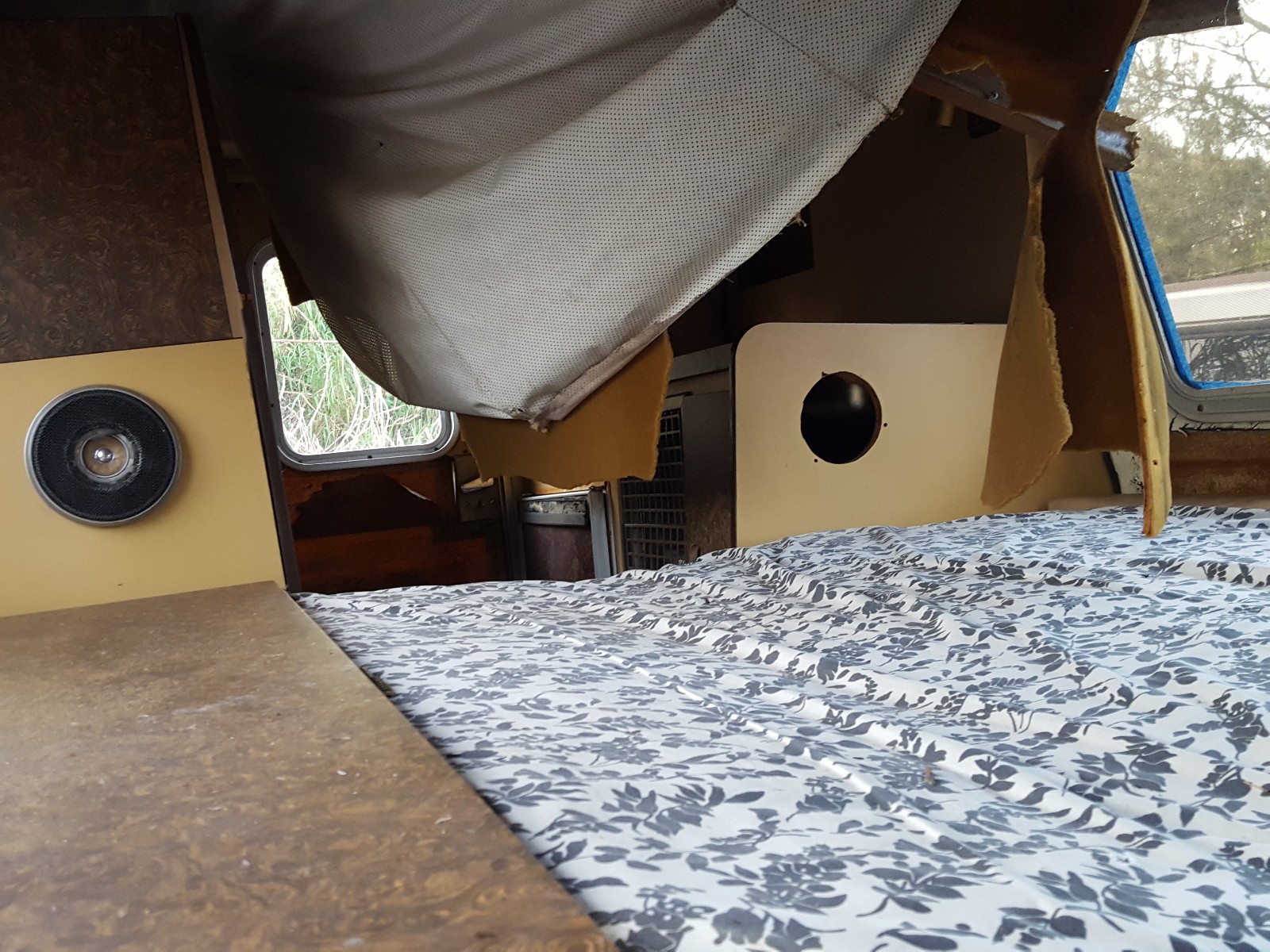 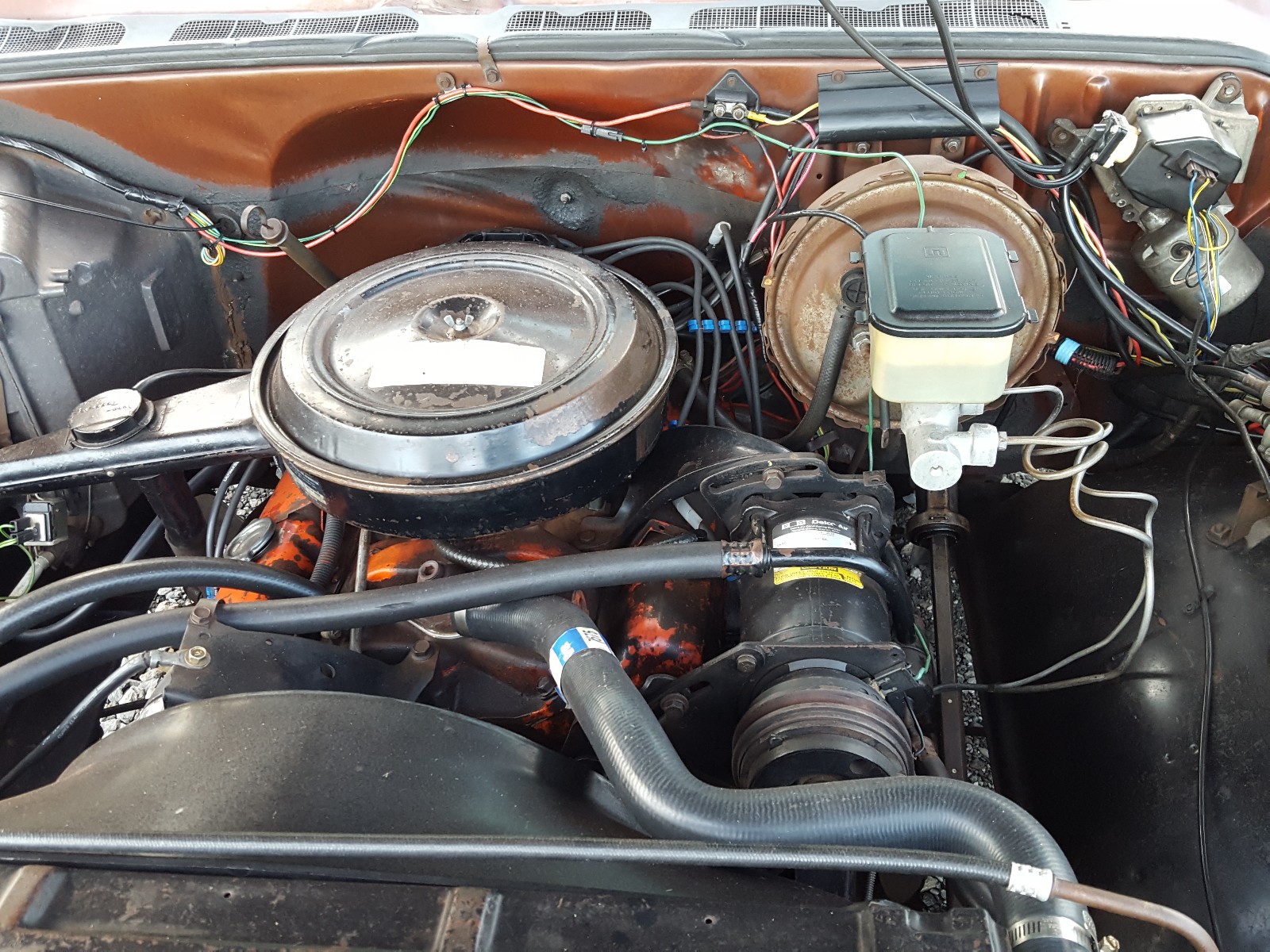 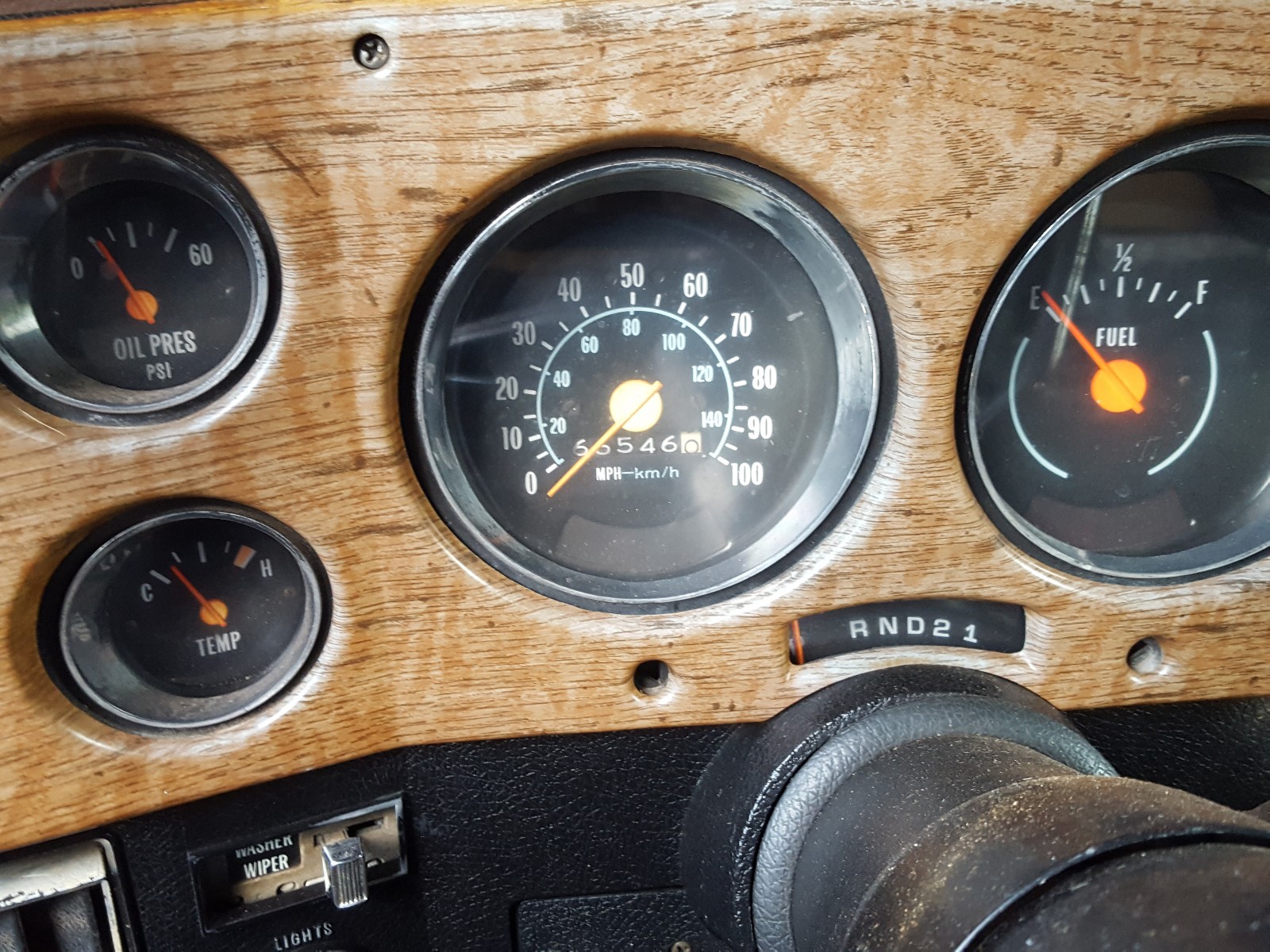 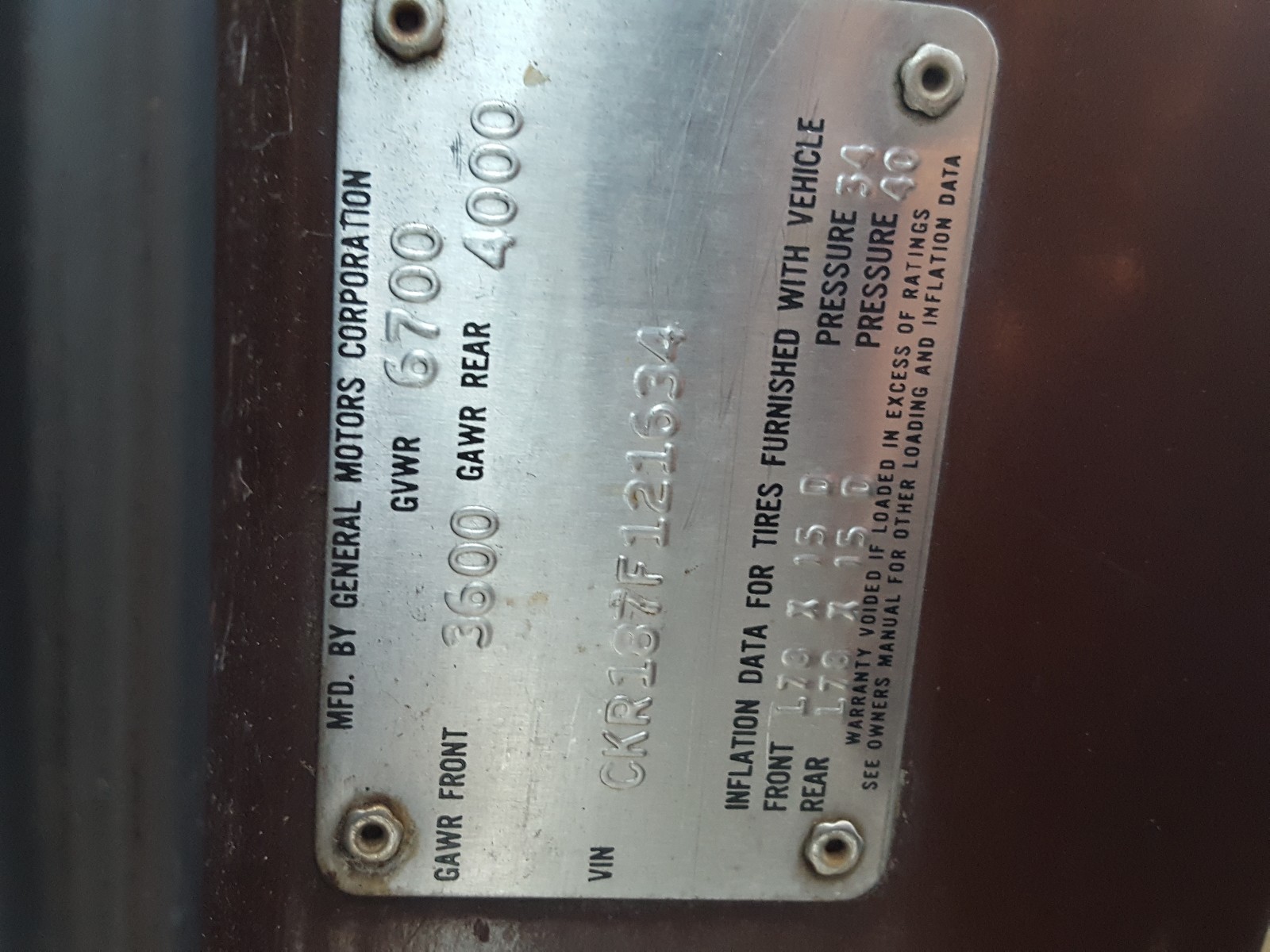 1977 Chevrolet Blazer K10 for Sale HI - Honolulu VIN# CKR187F12634
Lot # 28498710 Details
VIN: CKR187F12634
Features
Bid Information
You Haven't bid
Sale Status: Pure Sale
There is no minimum bid or reserve price. The vehicle will be awarded to the highest bidder at the close of bidding during the virtual auction.
?
Current Bid: $825 USD
AS IS - Where IS
When you submit a bid through AutoBidMaster, you are offering to purchase the specified vehicle at the price you specify. The Seller may accept the highest bid placed during the auction, and thus if you are the highest bidder and your bid is accepted you will be contractually bound to purchase the vehicle at the price you specify plus any applicable Copart auction fees. All sales are final and the highest bidder has no right of rescission and no refund or exchange rights.

Since this vehicle is being sold "AS IS - WHERE IS", it means that the purchaser is buying it "with all faults" and without any warranty or guarantee of any type, express or implied. Any information regarding this vehicle provided by the Seller or Copart is for convenience only. It is your sole responsibility to ascertain, confirm, research, inspect, and investigate a vehicle and any information regarding such vehicle prior to bidding on it. AutoBidMaster expressly disclaims the accuracy of the vehicle information on this page including damage details, odometer readings and vehicle identification numbers (VIN).

For more information, please refer to the Member Terms & Conditions
This vehicle is being sold as "as is - where is".
All bids are binding and all sales are final ?
Place Bid
You must be a registered member to bid on a vehicle.
LOGIN REGISTER
Get more when you register with AutoBidMaster!
Our members have access to:

(808) 682-8770
8:00 am to 5:00 pm
Lane/Item: Available two days before sale
Grid/Row: KONA3
sale date
NOT SET
Add to Watchlist
Only members can add vehicles to Watchlist. Please Login to your Account or Register
LOGIN REGISTER

CHEVROLET BLAZER FOR SALE. The Chevy Blazer, similar in most respects to the GMC Jimmy, served as a mid-sized, four-wheel drive SUV, initially offered by the automaker from 1983 to 1994 and finally from 1995 to 2005. First-generation Blazers did not boast removable hardtops like their full-sized siblings, but were offered as two-door autos, like their larger forerunners. The all-new Blazer, introduced in the 1995 model year, increased both interior and exterior size. Buy either a first- or second-generation salvaged Chevrolet Blazer for sale, auctioned by Copart, at AutoBidMaster today!

During second-generation production, Chevy designed the Blazer with rounded styling instead of its classic rugged look, thus attracting a wider audience. Under the hood, a 4.3 liter, V6 engine powers this auto. Late-model Blazers received both exterior and interior cosmetic changes, including more ergonomically correct driving controls and a new front grille with a stacked-headlight system.

Chevrolet Blazer salvage SUVs offer drivers reliability, affordability, and durability. Such salvage Chevrolet Blazer autos cost up to half the price of their used counterparts, and boast countless safety features and driver comforts.